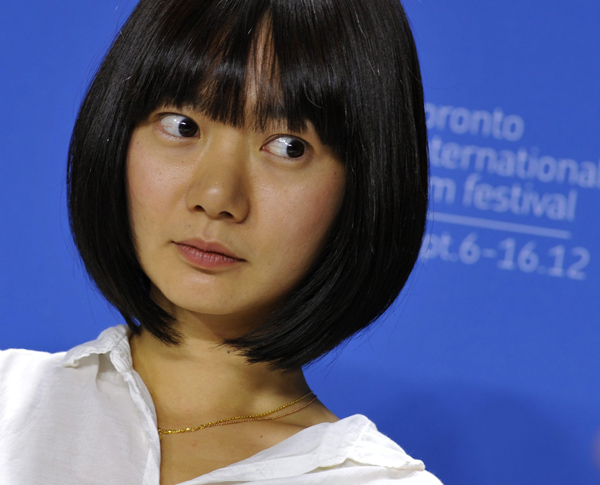 
Bae Doo-na attended a red carpet event at the Toronto International Film Festival over the weekend to promote the Hollywood film “Cloud Atlas” in which she appears. The film stars Tom Hanks, Halle Berry, Hugh Grant and Susan Sarandon.

While not as big a name as some of the others, Bae received her share of the attention on the red carpet by showing off her cleavage.

“Her seductive and exotic charm is sure to catch on,” said a spokesperson from Warner Brothers.

In the sci-fi flick directed by Matrix’s Andy Wachowski, the 32-year-old Korean actress plays the role of a clone called Sonmi-451.

An adaptation of David Mitchell’s 2004 novel of the same name, “Cloud Atlas” consists of six nested stories that will take the viewers from the South Pacific in the 19th century to a distant, post-apocalyptic future.

Production wrapped up at the end of last year and the movie is scheduled to premiere in the United States on Oct. 26.

In Korea, the film is set to open early next year.