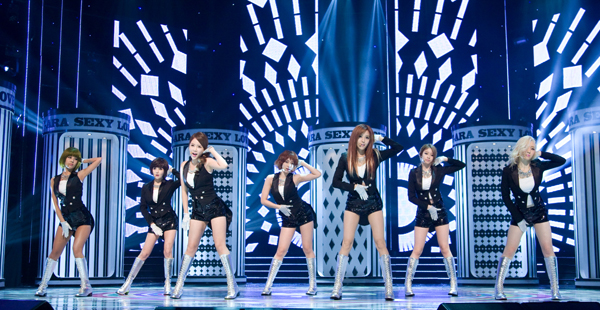 
When T-ara performed at the 2012 World Conservation Congress’ nature-themed K-pop concert on Saturday, the girl group faced an awkward moment where not one person was cheering.

Although K-pop groups’ performances are characterized by interactive crowds that often cheer, sing along and chant the bands’ names, the audience was unmoved by T-ara’s new song “Sexy Love.”

When the performance ended, you could count the number of hands that clapped at the International Convention Center on Jeju Island.

The performance has been dubbed the “Awkward 10 Minutes of T-ara” and is currently one of the most popular clips on YouTube.

The band has been accused of bullying Hwayoung to the point of having the young member kicked out.

Although the band and Hwayoung have denied it, many fans have begun boycotting the girl group.

Last week, the band released “Sexy Love,” its first single since Hwayoung’s departure, and has begun promoting the EP.