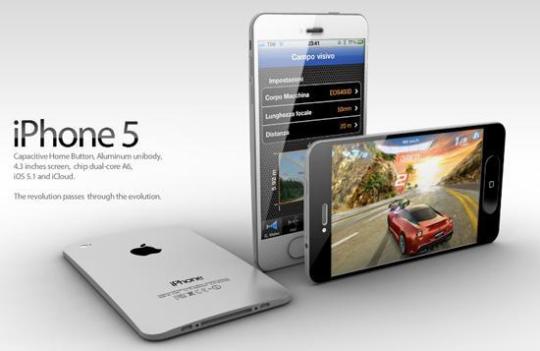 With Apple gearing up to introduce the eagerly awaited next-generation iPhone on Wednesday at an event in San Francisco, rumors are flying over when it will arrive here in Korea.

An exclusive report from the Asia Economy Daily citing an anonymous source said the iPhone 5, expected to be thinner and longer than its predecessors, might debut in Korea on Sept. 28 through two carriers ? SK Telecom and KT - and preorders will begin a week before.

Neither SK Telecom nor KT confirmed the report, citing Apple’s famously strict confidentiality rules when releasing a new product. An Apple Korea spokesman could not be reached for comments.

The local news report said that a third-generation connectivity-enabled iPhone 5 will arrive first. It could not confirm whether the iPhone 5 will support the super-fast, advanced long-term evolution networks. But an SK Telecom spokesman said it is “unimaginable” for the iPhone 5 to come in two different connectivity formats.

“The new iPhone will only come in a single connectivity although we cannot say which one it will be,” he added.

A source with KT, who asked not to be named, said there is an “over 90 percent chance” that the iPhone 5 will come in an LTE format. “Telecom industry insiders believe the newest Apple phone not coming in LTE doesn’t make any sense at all,” he said.

LTE technology is much more fragmented than 3G and the frequency bands vary according to nations and carriers.

When Apple in March started selling its latest version of the iPad, the first of its mobile devices to support LTE, only some carriers in the United States and Canada could support the tablet PC in LTE format. The iPad in Korea runs on 3G networks, not LTE.

SK and KT, yearning to boost their numbers of LTE users after spending trillions of won on the next-generation network, have been negotiating with the Cupertino, California-based Apple in the past months to make the LTE connectivity with iPhone 5 available here.

“Apple is not the same as Samsung” said the SK Telecom spokesman, when asked about that precedent.

LTE is not a dominant wireless technology yet. According to market researcher Wireless Intelligence, the number of LTE subscribers totaled 27 million in the second quarter. Of them, users in the U.S. accounted for 47 percent, followed by Korea at 27 percent (with 7.1 million) and Japan at 13 percent.