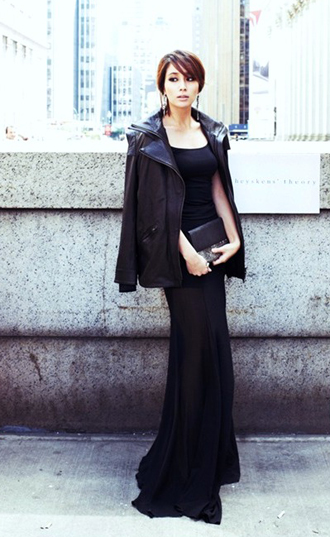 Lee was seen leaving Korea on Monday, and photos of the star in the United States began circulating Tuesday.

The 30-year-old actress was in New York to take part in shooting a pictorial and took time off to indulge in some high fashion.

In one picture, Lee can be seen posing on a street dressed in black head-to-toe.

In another, Lee posed with Belgian designer Olivier Theyskens, whose shows she also took in.

Just one day after her departure, Lee’s beau was also photographed leaving town.

Netizens praised the couple for their effortless chic look and designated them as one of the most fashionable couples.

News that the two were dating broke last month after many months of denial in the face of rumors.