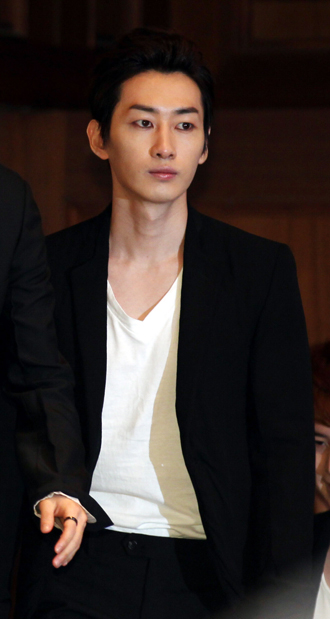 While recording an episode of “Radio Star,” Eunhyuk made it clear that he should be the next in line for the role of leader when Leeteuk leaves Super Junior to fulfill his military service later this year.

Eunhyuk made everyone laugh by saying, “if we go by hierarchy, then I’m rightfully next in line.”

In the program, set to air on Sept. 12, Leeteuk also spoke of his time as head honcho of the Hallyu boy band.

In the previous week, member Siwon received most of the spotlight with band members joking about his exceptional background as it has been made public that Siwon’s father is a leading entrepreneur.