The Galaxy S3 smartphone that debuted in late May will “easily sell over 30 million units” by the end of this year, J.K. Shin, president of Samsung Electronics’ IT and mobile communications division, told reporters yesterday. 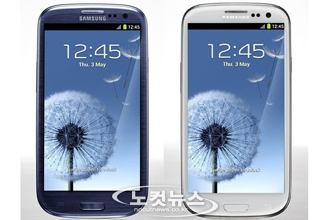 However, such unprecedented sales by the main challenger to Apple’s iPhone may be partly due to recent moves by mobile carriers offering hefty subsidies to attract more subscribers to the fourth-generation long-term evolution network amid stiff competition.

From late last month until this Tuesday, SK Telecom, KT and LG U+ - the nation’s three carriers - were selling the Galaxy S3 for as low as 170,000 won ($150.9) at both their offline and online stores. The only condition was that buyers must subscribe to their network for at least three months. The low price represents a discount of almost 83 percent from the handset’s original retail price of 994,000 won.

The deal obligated buyers to switch to a different mobile service provider.

The three carriers have invested trillions of won in recent years to develop the super-fast LTE connectivity and attendant infrastructure, which is rapidly replacing the currently dominant 3G networks. However, the huge discounts on the Galaxy S3 came to an abrupt end on Tuesday after the Korea Communications Commission warned against excessive subsidies.

An industry source familiar with the situation said Samsung may have encouraged the carriers to dump the handset at bargain-basement prices as it aims to sell “as many Galaxy S3s as possible” before Apple’s next-generation iPhone 5 hits the Korean market, possibly at the end of this month. A Samsung spokesman could not be reached for comment.

A large portion of customers who had purchased the handset at its original cost were outraged at the discounts being offered, and some have demanded carriers provide refunds. Several handset outlets in Daegu saw angry customers obstruct their business activities, with police being called to the scene in some cases as they threatened to turn violent.

“I just can’t help but feel that I’ve been ripped off,” said Choi Jin-young, a 32-year-old office worker, who purchased a Galaxy S3 earlier last month. “I would love to file a class-action suit against Samsung, or the carrier I subscribe to.”

“Pricing matters are, in most cases, up to the sellers, unless there is evidence that companies have colluded to fix or inflate prices. There are no grounds to restrict discounts from being offered,” said an official with the Korea Consumer Agency.

She added that it is natural for producers of digital gadgets, which are replaced relatively quickly, especially in Korea, to adopt the marketing strategy of lowering their prices to get rid of excess inventory.

Shin’s meeting with reporters yesterday took place at an event held in front of Samsung Electronics’ headquarters in Seocho-dong, southern Seoul, where presidents of the group’s affiliates served as salespeople for agricultural products made by village cooperatives in partnership with them.

Shin said he “wasn’t giving much thought” to the expected debut of the iPhone 5 in Cupertino, California, on Wednesday (West Pacific Standard Time).

“We only think about making our own products well,” he added.

Apple could sell 6 million to 10 million iPhone 5s in the final week of this month, according to Gene Munster, an analyst with U.S. investment bank Piper Jaffray, in a recent research note.

Shin made it clear that Samsung will put on sale the successor to the unexpectedly popular Galaxy Note as scheduled in October. Rumors of Samsung advancing the launch date to later this month have been swirling recently.

The original Galaxy Note was unveiled last October and posted cumulative sales of 10 million units this July. The Galaxy Note 2 was showcased at the IFA consumer electronics fair in Berlin late last month.

On whether Samsung plans to file more patent suits against Apple, Shin said, “We have many patent-related cards, such as LTE telecommunications [but] .?.?. I am a little cautious to comment on these as Samsung operates under two separate divisions - sets and parts.”

Shin works for the company’s digital media and communication division, which embraces the smartphone sector, while the other division covers chips and displays.