Suzy has a crush, but no love yet

Suzy has a crush, but no love yet 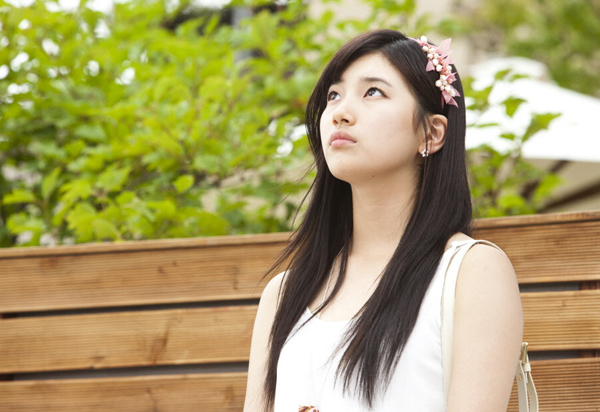 
Miss A’s Suzy, who conjures memories of first love for nostalgic Korean men, said she had a crush on a fan not too long ago.

On an episode of “Section TV Entertainment Relay” that aired Sunday, the girl group member said that during an autographs signing event she was approached by a fan to whom she felt attracted.

“He was really cute,” said Suzy. “In my own way, I expressed how I felt by drawing an additional heart on the paper.”

Despite crushes on random strangers, Suzy said, romantic love is something she is not used to in life.

“Honestly, I don’t think I’ve experienced first love as yet,” she said. “There was someone I liked, and I wonder if that’s first love?”

When asked to send a shout-out to her future love, Suzy said, “Look after yourself and no need to hurry.”

The 17-year-old singer became the symbol of first love for Korean males when she starred in this year’s melo-romance film “Architecture 101.” In the film, she played the role of the protagonist’s first love.