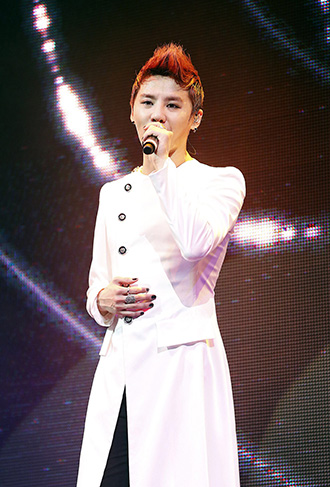 Kim Jun-su spoke for the first time about filming his heated love scenes for the song “Uncommitted.
In a magazine titled “Star1,” Kim said he had to improvise while working on the clip in the United States.

“In Korea you get told exactly how to move and act in every scene,” said Kim.
“In America, they just say ‘Ok go for it,’ and I was just told to act as if I was trying to seduce the models.”

The clip features a bevy of beauties, including a German girl and a model of Korean and Romanian descent.

Kim said he tapped into his creativity to impress not just the models in his clip, but the staff on set too.

“Everyone was watching and I just wanted it to be over ASAP,” said Kim.
“Then I realized that for a lot of these staff, this was the first time they were working with a Korean singer, so I felt obliged to give it my best.”

Video director Marc Klasfled, who has made music videos for Beyonce, Eminem and Jay-Z, said that he was won over by Kim, praising the K-pop star for his “exceptional acting and expressions.”