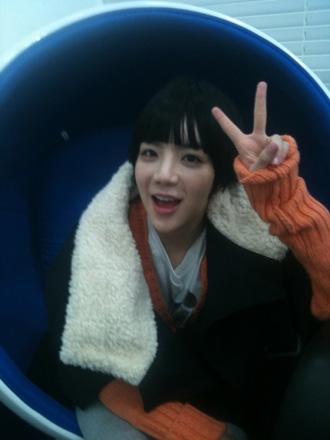 Celebrity gossip program “Night of TV Entertainment” on Thursday identified Amy as the entertainer charged with possession of propofol, a sedative often abused as a recreational drug.

Up until the SBS program’s announcement, the celebrity was identified only as “Miss A” by the media. The show went on to say the TV personality, who is currently hospitalized with a case of acute hepatitis, is under investigation by police.

Amy’s alleged drug use was discovered when she fainted at a nail shop in Gangnam District, southern Seoul, and was taken by ambulance to the hospital.

A beauty shop spokesperson told SBS that Amy didn’t look terribly sick and she walked out on her own.

At the time, Amy said that her bout of dizziness was caused by medication she was taking after a minor operation.

She claimed she didn’t inject herself with propofol, but police found an empty propofol vial with traces of DNA that matched the star’s.