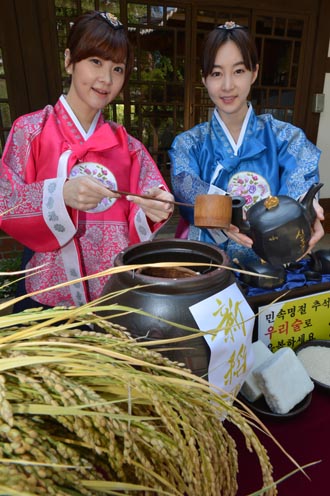 Models introduce this season’s Shindoju, a traditional drink made each year from newly harvested rice, by Kooksoondang at a restaurant in Jongno District, central Seoul, yesterday. The Korean alcoholic beverage maker brought the drink, which was popular during the Joseon Dynasty (1392-1910), back to the domestic market in 2008 after it disappeared during Japan’s colonial rule, which lasted from 1910-45. [NEWSIS]