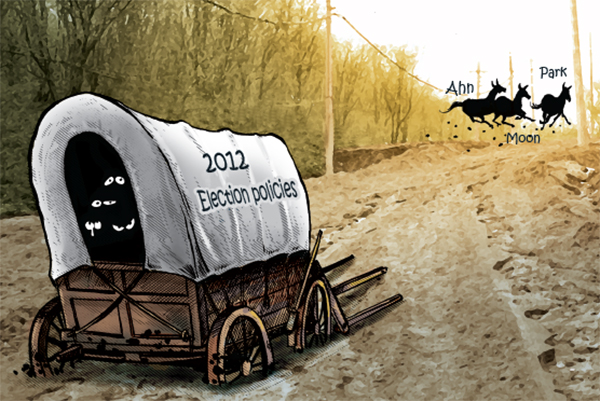 With less than three months left until the December election, three presidential candidates - independent Ahn Cheol-soo, the Democratic United Party’s Moon Jae-in and the ruling Saenuri Party’s Park Geun-hye - are still bent on negative campaigns against their opponents instead of offering detailed policies.