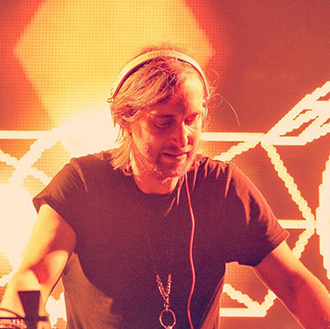 Yesterday, just a day ahead of the famed music festival Global Gathering at Carribbean Bay in Yongin, Gyeonngi, CJ E&M announced that one of its headliners, David Guetta, will perform for 150 minutes straight. This is quite an unusual move for Guetta, as it is not a solo concert.

Regardless, the French DJ and music producer will perform from 1 a.m. to 3:30 a.m. at the water theme park as a solo act, all to show his gratitude to Korean fans.

“Guetta is an international star who has brought electronic and house music to the mainstream, and of course, he has a large following in Korea,” said a spokesperson from CJ.

Starting off his career as a DJ at the Broad Club in Paris, he branched off into producing and songwriting.

In 2009, he produced the Black Eyed Peas’ “I Gotta Feeling,” which was No. 1 on the Billboard Singles Chart for 14 weeks. Guetta has also collaborated with the likes of Usher, Chris Brown, Flo rida, Jessie J and Nicki Minaj.
By Carla Sunwoo