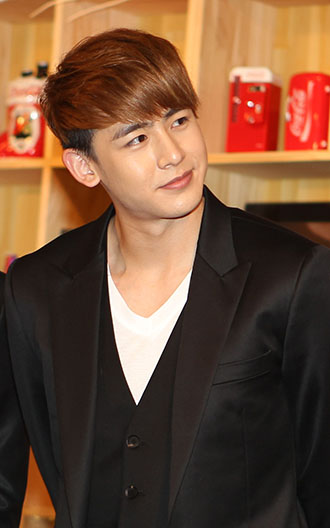 After a three-month hiatus following a drunk driving accident in July, Nichkhun is returning to television on an MBC program featuring Hallyu stars volunteering in Africa.

“Nichkhun joined fellow 2PM member Taecyeon and actors Lee Tae-ran and Park Sung-woong and left for Tanzania on Friday to take part in ‘Koica’s Dream,’?” MBC said in a statement.

The network emphasized that it had been pushing the idol group singer to join the program for some time before he agreed to participate.

Nichkhun will join five other Hallyu volunteers as well as a group of 23 volunteers from the Korean public on the trip.

The staff will return from Tanzania on Oct. 21 and the episode featuring the two 2PM members will air in November.

Last month, it was revealed that Nichkhun was indicted for driving under the influence and faced a 4 million won ($3,525) fine.