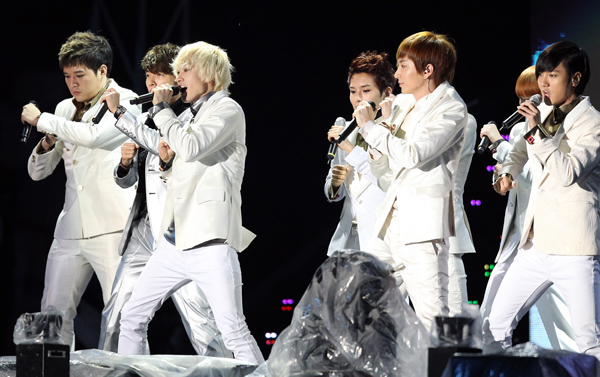 
Super Junior has been nominated for the Best Asia Act at this year’s Europe MTV Awards to take place in Frankfurt on Nov. 11.

According to its Web site on Monday, the group will battle it out against Japan’s Exile, Taiwan’s Jolin Tsai, Yuna from Malaysia and former Super Junior member Han Geng of China.

The European division of the American music channel described Super Junior as “the main leader of the Hallyu,” adding that the band has a worldwide following and the members were just as popular on their own in various entertainment fields.

Another Korean to make it the EMA this year is Psy, who will compete in the Best Video segment against Katy Perry, Lady Gaga and Rihanna.

The band released its sixth EP back in July, and it was a huge success.

In just under a month, it sold more than 335,744 copies and was the most-sold album in Korea for the month.