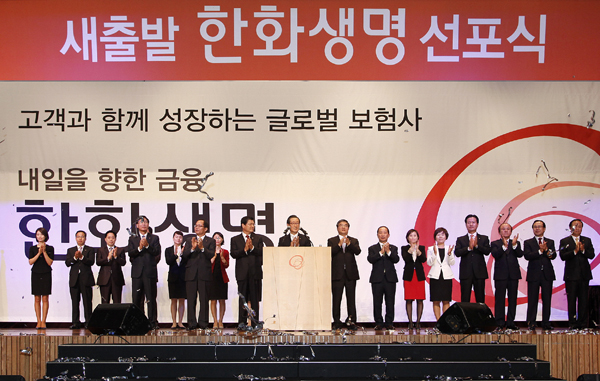 Shin Eun-chul, CEO and vice chairman of Korea Life Insurance, announces the official changing of the company’s name to Hanwha Life Insurance while speaking at the 63 Building in Yeouido, central Seoul, yesterday. Established in 1946, Korea Life Insurance ranks as the nation’s oldest private life insurer. It was acquired by Hanwha Group in 2002 and now ranks as the industry’s second-largest insurer with total assets of 70.3 trillion won ($63.27 billion). The changing of the company’s name coincided with the 60th anniversary of Hanwha Group. [YONHAP]