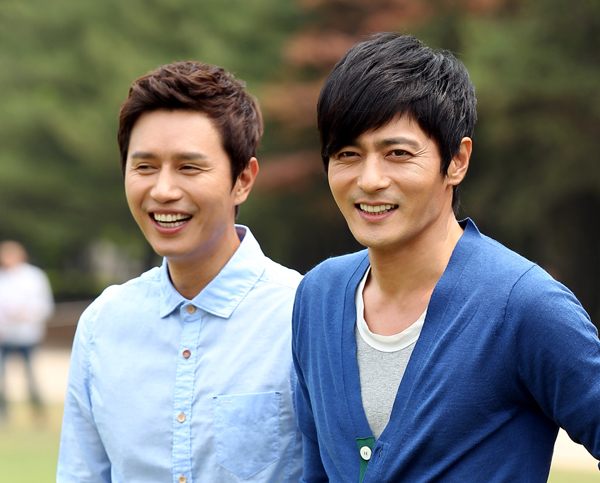 
Jang Dong-gun and Kim Min-jong are set to make their way to Congo for a volunteer project with the United Nations.

Jang’s agency said that the Hallyu actor felt he was neglecting his role as the organization’s ambassador for the World Food Program due to his busy schedule. Jang was picked for the post back in 2008.

“As soon as he wraps up his official schedule later this month, Jang will leave for Africa,” said his agency.

Kim, a fellow actor and new addition to Jang’s agency, said he will join his friend overseas.

The two starred in “A Gentleman's Dignity” this year, and Kim thought the trip was for a good cause.

Jang’s agency maintains that as the face of the WFP, Jang has an interest in overcoming poverty worldwide and distributing food to those who need it.

“He hopes to do all that he can while he’s abroad,” the spokesperson said.