Game’s success hints at one future role of SNS

Game’s success hints at one future role of SNS 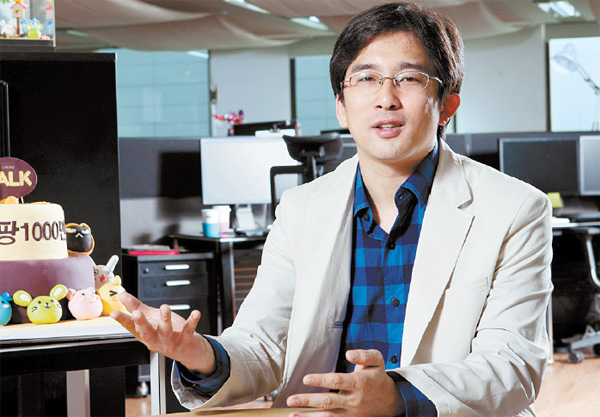 
The blazing and almost overnight success of Anipang shows the power of social networking services as a platform for disseminating new cultural content, according to Lee Jung-woong, chief executive of Sundaytoz, the company that created the mobile-based puzzle game.

He said its popularity also shows how mobile messaging service providers can effectively diversify their portfolios by offering games or other services to its users and their friends.

Accordingly, many experts say Anipang’s rapid trajectory shows how KakaoTalk, the free chatting and voice app that dominates Korean smartphones, has the potential to spread its business wings, more along the lines of Facebook.

In this respect, the difference between the era of personal computers and smartphones becomes more pronounced considering that Cyworld, another Korean SNS, failed to popularize Anipang in 2010 when it tried the same gambit on PCs, he said.

There were also key strategic differences in how Kakao and Cyworld delivered the game, he added.

To play the game, users require “hearts,” which can be obtained from contacts on Kakao free of charge. Sending a heart to a friend also earns one for the sender, thus ramping up the incentive to spread the word.

However, receiving unwanted hearts can feel akin to getting spam mail. While Cyworld responded to complaints non-Anipang users by imposing a ban on online heart-sending, Kakao adopted a more moderate approach. It limited the number of hearts each player can send to 50 a day and added a “hearts veto” function for non-players.

“Big SNS can fail while smaller ones can grow to become global service providers, depending on what actions they take,” said Lee.

Sundaytoz has experienced a bumpy ride over the last five years. It began by offering “Dungeon Alive,” a role-playing game, on Facebook to open a route to the global market, but failed due to poor marketing and overwhelming numbers of complaints.

This led Lee to quickly focus on simple table games that are accessible to all users, in a similar vein to Angry Birds, made by Finnish company Rovio Entertainment. Such content has proved a bigger hit on smartphones than simulated or role-playing games.

Lee used to work as a game developer at Hangame, one of the nation’s largest game portals. He said he launched his own business in a bid to “solidify games’ status as forms of cultural content.”

“I’m aware that many people get addicted to games, which can be seen as one of their negative side effects,” said Lee. “I will continue to introduce features that [can minimize these risks], just as we installed an option to reject hearts.”