No mercy for violators of fair business law, FTC says

No mercy for violators of fair business law, FTC says 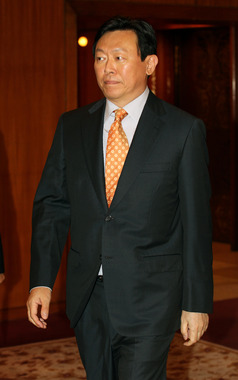 The nation’s fair trade watchdog will crack down on unfair business practices, especially those by conglomerates, while also levying heavier punishments, it said during a parliamentary hearing yesterday.

But lawmakers said the entity should first pay more attention to carrying out transparent investigations and collecting outstanding fines.

At present, the Fair Trade Commission (FTC) only imposes penalties on companies that provide unfair support to their troubled affiliates. But it is reviewing ways of punishing those on the receiving end as well, and also confiscating such profits to deter chaebol owners and their families from going down this road.

The FTC also plans to set up a new provision under the fair trade law specifically prohibiting conglomerate owners’ from giving business orders in favor of the subsidiaries owned by their family members.

Moreover, the commission, which is responsible for deciding which cases to bring to court, is set to establish new guidelines on which cases can be prosecuted.

“It may seem as though the FTC has had too much freedom in its decision-making process,” said Park Jong-bae, an official at the FTC’s economic policy division. “To dissolve such doubts, we are considering setting up a system where any wrongdoings that fall in a certain category are automatically prosecuted.”

Lawmaker Yoo Il-ho of the ruling Saenuri Party said the commission should also work on improving the way it manages its investigations.

Lee also said the FTC should be more thorough in punishing those that violate the fair trade law.

“Among 19 cases the FTC prosecuted in 2010, only 11 have been indicted,” said Lee. “The commission should step up and thoroughly investigate each case.”

Meanwhile, lawmakers accused conglomerates of excusing themselves from parliamentary audits despite being asked to participate as witnesses.