Optimus G may be LG’s savior, but not this year

Optimus G may be LG’s savior, but not this year 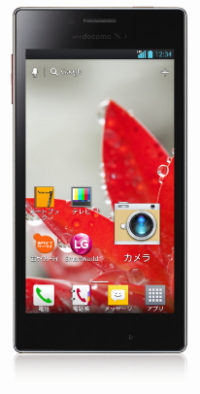 LG Electronics will likely continue losing money from its mobile business this year, a report said yesterday, indicating that the company has yet to gain momentum from its latest smartphone release.

Daiwa Securities Group forecast in the report that LG Electronics’ mobile communications division will post an operating loss for Q3, although the loss will be less than that of the second quarter.

“Since the introduction of the Optimus G in late August, there has been optimism in the market that LG Electronics’ handset business could finally stage a turnaround,” said Jae H. Lee, an analyst at Daiwa Securities.

“While we believe the Optimus G has the best design and hardware specs among the company’s smartphones so far, we don’t expect a meaningful earnings turnaround for the handset business until mid-2013.”

The investment firm predicted the Optimus G’s sales volume will range from 500,000 to 1 million units for the October-December quarter.

It has released the new device in Korea and is set to start selling it in Japan next week. The Optimus G will expand to more markets, including the U.S., by the end of the year.

The company, which won over a large number of Chinese consumers with its stylish mobile phones including the “Chocolate,” “Lollipop” and “Cookie,” before the advent of smartphones, has been suffered in the smartphone era.

According to TomiAhonen Consulting’s estimate, it held a 4.2 percent market share in the global smartphone market in the second quarter, selling 6.5 million units.

In the April-June period this year, the global smartphone market was led by Samsung Electronics with a 32.9 percent market share, equivalent to 50.4 million units.