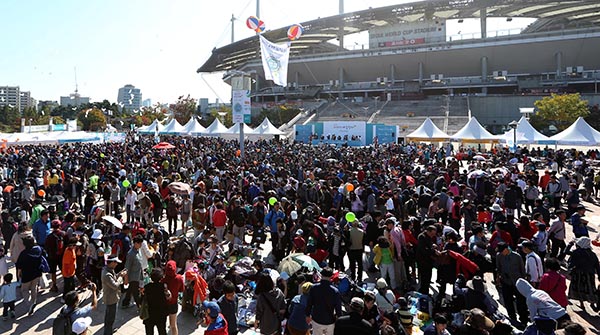 More than 300,000 people came to the WeAJa charity flea market, hosted by the JoongAng Media Network, at the Sangam World Cup Stadium in Seoul yesterday. The annual event, which also took place at three other cities nationwide, raised more than 138 million won ($124,000) to finance charity activities. By Oh Jong-taek