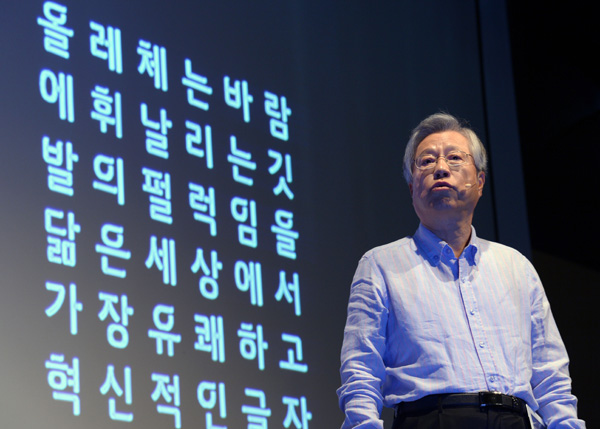 
KT yesterday announced its ambition of transforming itself into a leading global telecommunication company by improving its design management.

“To become a leading player in a globally competitive environment, design management is a necessity,” said Lee Suk-chae, KT’s chairman and CEO.

“In the past four years we have persistently worked on our design-focused management, which is now being acknowledged in the global market,” Lee added. “We will expand our new management philosophy in every corner of the company and continue our innovation of establishing a stylish yet familiar KT image.”

The telecom company’s emphasis on design competitiveness comes as technological advantages are no longer the sole factor in determining a company’s lead in the global market.

The ongoing patent dispute between Apple and Samsung is about both technology and design.

Four years after launching its Brand Identity Olleh, KT has been working on setting up its visual identity as well as space identity. The company’s identities were applied to various KT businesses including its office building in Jongno, central Seoul.

Yesterday the company introduced a product identity that will apply to all of KT’s 20 products, including modems, Internet phones and even remote control units.

KT was the first telecommunications company to win the 2012 red dot design competition’s Best of the Best award.

Lee said a recent KT survey showed that when a design is exclusive, consumers are more drawn to them.