Park presses her campaign for unity

Park presses her campaign for unity


Conservative ruling party presidential candidate Park Geun-hye yesterday issued yet another apology to those who suffered in uprisings against the authoritarian rule of her late father. 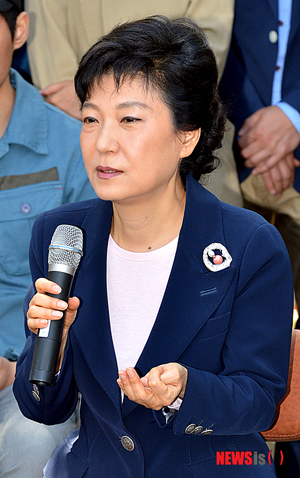 Park spoke during a visit to Changwon, South Gyeongsang, yesterday on the eve of the 33rd anniversary of the uprisings in Busan and Masan.

The move appeared to be in line with her “grand national unity” campaign to shed historic baggage associated with Park Chung Hee.


“I offer my deep consolation to the people who sacrificed for democratization and their families,” Park said at the opening of her campaign office in South Gyeongsang. “I and the Saenuri Party will do our best to clarify the incident and restore the victims’ honor.”

From Oct. 16-20, 1979, South Gyeongsang residents, mainly in Busan and Masan, staged massive protests against Park’s authoritarian rule under the revised Constitution. Park proclaimed martial law in the region and used force to subdue protesters. About 100 were arrested and court-martialed. 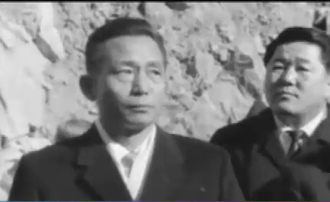 Park, however, was assassinated on Oct. 26 of that year and the uprisings were seen as the event that played a key role in ending his dictatorship.

Calling South Gyeongsang “the symbol of Korea’s industrialization” and “the holy ground of democratization,” Park urged an end to generational conflict and regionalism.

“Grand national unity is the challenge that our time presented before us,” Park said.

“I will tackle the challenge, untangle the conflicts and create a history of reconciliation.”

Her father’s rule and her view toward it have plagued her campaign. At a press conference last month, the 60-year-old candidate admitted for the first time that her father’s dictatorial rule violated the Constitution. She also issued an apology to all the people who suffered under the rule of her father’s presidency.

More dramatic events to put an end to the controversy surrounding her father are expected soon. Tomorrow marks the 40th anniversary of her father’s constitutional amendment to extend his rule almost indefinitely. The constitutional rewrite is often referred to as the Yusin program.

According to a campaign official, Park is scheduled to meet with the victims of oppression under the Yusin government and offer more apologies. Han Gwang-ok, a key aide to Park Chung Hee’s political rival Kim Dae-jung, who was recruited as the vice chairman of Park’s grand national unity committee, is reportedly contacting the victims.

Many of them were members of the Democratic Party, predecessor of the main opposition Democratic United Party.

“We had protested strongly against Yusin,” said Lee Yoon-soo, a former three-term lawmaker, reading from a statement. “Today we declare our support for Park for Korea’s future and grand national unity.

“We fought fiercely against Park Chung Hee. But now we made a very difficult decision to support his daughter. What we need is a president with excellent crisis management skills and rich experience in state affairs.”

Of the 20 former lawmakers, Yu Gab-jong was the first politician to be imprisoned for protesting Yusin.

Lee said more former Democrats, including mayors, county heads and local council legislators are expected to declare their support for Park this week.