JYJ will be face of Korea brand expo

JYJ will be face of Korea brand expo 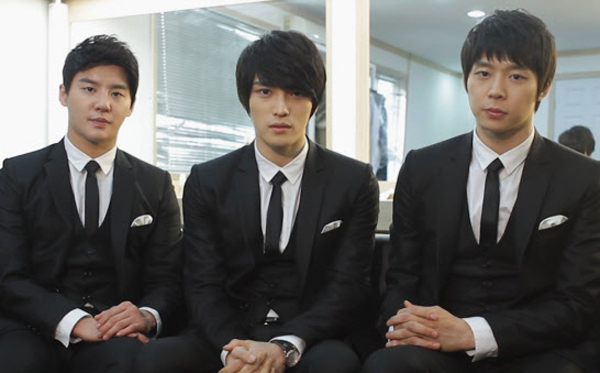 
JYJ has become the honorary ambassador for the Korea Brand & Entertainment Expo to take place this year at the Intex Osaka in Japan.

The event runs Nov. 14-16 and is in its third year. It is co-sponsored by the Ministry of Knowledge Economy, Ministry of Culture, Sports and Tourism, Korea Trade-Investment Promotion Corporation, and Korea Creative Contents Agency.

“JYJ has made its mark not just in K-pop, but in dramas, musicals and advertisements,” said a spokesperson for the organizers. “The band is known in Japan, China, Southeast Asia, Europe and the Americas.”

As well as being an iconic K-pop trio, JYJ members are making names for themselves as solo acts.

Meanwhile, Park Yu-chun just landed another drama role in “I Miss You” after starring in this year’s hit show “Rooftop Prince.” Kim Jae-joong has also been busy looking good. He was named “Best Jeanist” by Japan Jeans Association.