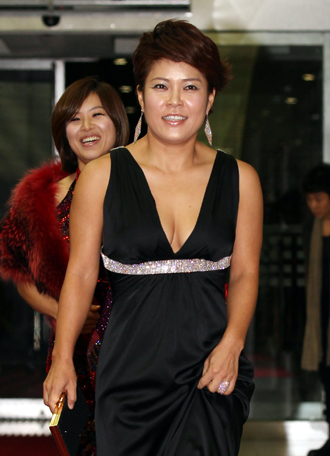 Comedian Cho Hae-ryun is set to make her TV comeback next month through the reality based survival show “Laws of the Jungle W,” a female spin-off of the hit show about entertainers trying to survive in the wild.

According to an SBS representative, Cho hopes to come back into the spotlight “as a real person.”

“After going through some tough times, she didn’t think it’d be appropriate to make a comeback as a comedian, so the show fit perfectly with her situation,” said the spokesperson.

Cho will join Lee Soo-kyung, Jo Ahn and token male contestant Park Sang-min, who is there to protect the girls, on the show set in the wilderness of Papau New Guina.

Cho and the cast will leave on Sunday for the show set to air starting Nov. 13.

“Laws of the Jungle W” had previously aired on holidays like Lunar New Year and Chuseok. Both times, the show was No. 1 in its time slot.

The TV show marks Cho’s first since her seven-month break following her divorce.