G.Na takes part in lecture in the United States

G.Na takes part in lecture in the United States 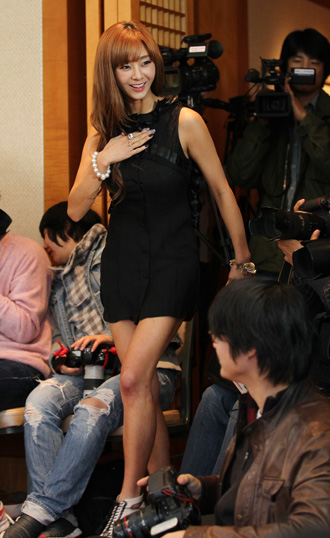 G.Na took some time from her schedule to lecture at a seminar titled “K-Pop: A Conversation with G.Na” at Pepperdine University in California on Oct. 14.

Cube Entertainment said on Oct. 16 that the star took center stage for about an hour, talking about the influence of K-pop in commercial and societal realms.
As well as talking business, the singer also spoke candidly about her life and dreams to keep it relevant.

Prof. Craig Detweiler from the communication department of the university said that it was a pleasure to have G.Na present to students.

“It was the first time we had a K-pop artist speak,” said Detweiler, who added that he hopes K-pop will have a positive influence worldwide.