Hyun-a’s new song is too hot for TV

Hyun-a’s new song is too hot for TV 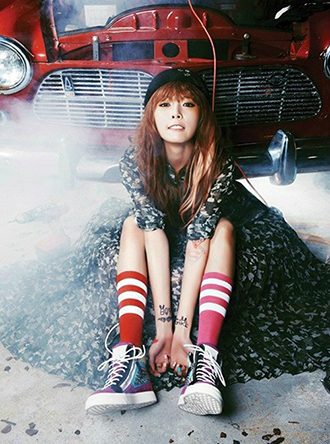 Girl group 4Minute’s Hyun-a’s new song “Very Hot” has been banned on KBS and MBC due to the use of a brand name in the lyrics.
Cube Entertainment announced on Oct. 17 that “because the song mentions KakaoTalk, it has become a problem.”

The song is the first tune to be penned by the singer since she made her debut and had garnered much attention prior to release for that reason.

“The song captures the everyday situation encountered by Hyun-a and that’s why KakaoTalk was mentioned,” explained the agency, referring to the free and popular messaging software for smartphone users.

Meanwhile Hyun-a is set to release her new album “Melting,” containing the debated song on Oct. 22.
By Carla Sunwoo [carlasunwoo@joongang.co.kr]