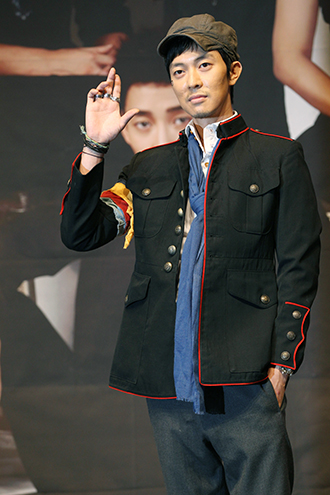 Brown Eyes singer Yoon Gun has some big shoes to fill as he steps up to take over Psy’s spot as a judge on the fourth season of “Super Star K.”

Yoon appeared on the show yesterday as his predecessor is on a mission to spread “Gangnam Style” around the world.

Previously, Yoon appeared on the show when auditions were held in Busan. As an avid follower of the singing-survival program, he also supported contestant Roy Kim by cheering him on via Twitter.

Although he’s never been on the judging panel for “Super Star K,” he has experience as a mentor on MBC’s survival show “Great Rebirth.”

On Thursday, the ballad singer also unveiled his new solo album, a first in more than three years. With a TV show stint and hew album, his agency also sprung the news that Yoon will take to promoting himself abroad.

“As well as being active in Korea, we’ll set out to promote Yoon Gun around the world,” said his agency, which says it’s banking on K-pop power to take Yoon to the top.