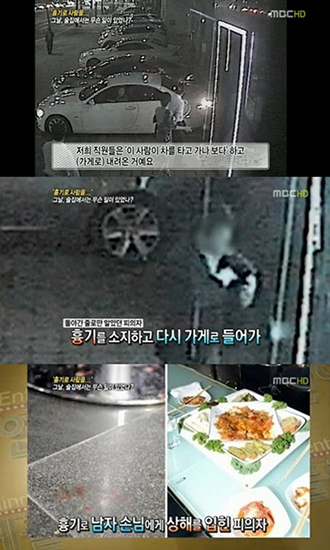 The man who fatally stabbed Cool member Kim Sung-soo’s ex-wife last week has been arrested. A man in his late 30s has been taken into custody on Oct. 20 after the incident that took place at a bar in Sinsa, southern Seoul, on Oct. 17.

The accused was drinking at the bar when a fight broke out between him and a a crowd which included singer Chae Ri-na — of Roora fame — the deceased and few others.
In his anger, the accused man went to his car and brought back a knife and fatally wounded Kim’s wife and injured three others, one of them a professional baseball player.

At the time of the event, it was reported that Cool singer Yuri was the victim as apparently she looks a lot like the deceased, and was one of the members of the entourage involved in the altercation.
By Carla Sunwoo [carlasunwoo@joongang.co.kr]