CN Blue wraps at Come On tour in Japan

CN Blue wraps at Come On tour in Japan 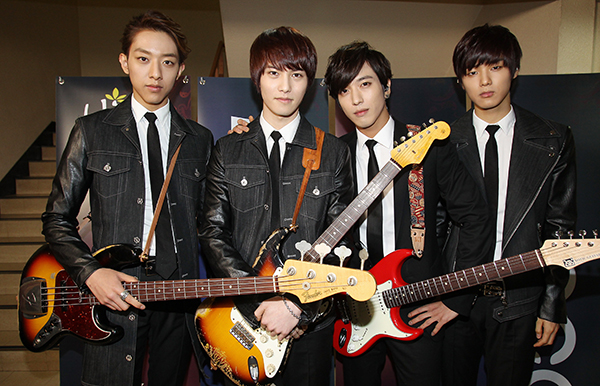 
On Oct. 21, K-pop band CN Blue wrapped up its “Come On” arena tour at the Saitama Super Arena.
At the finale show, the band performed a total of 26 tracks, and sang a rearranged version of “Blue Sky,” much to the delight of fans.
The band also thrilled by attempting to make Osaka’s famous takoyaki (octopus fried in batter) on stage.

“It’s because of all of you that the Arena tour was such a success,” said Lee Jong-hyun. Meanwhile, band leader Jung Yong-hwa added that despite the increasing number of solo activities undertaken by band members, “when we are together, we feel that we are CN Blue, through and through.”

Through the tour, the band met with 100,000 fans through nine performances in six Japanese cities. On Dec. 15 and 16, the band will hold its fourth solo concert in Korea.