Ku Hye-sun to be recognized at 14th Korea Design Awards

Ku Hye-sun to be recognized at 14th Korea Design Awards 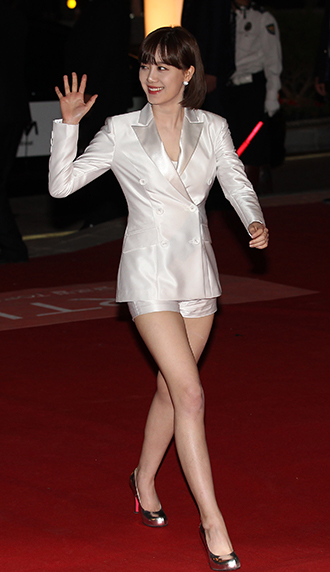 Actress Ku Hye-sun will be recognized for her efforts in her transition from front of the lens to behind at the 14th annual Korea Design Awards ceremony.

The event, to take place in Daegu this year, will give props to Ku and four others with an award from the minister of knowledge economy.

“Ku is being awarded not just for her achievement as an actress but also as a creator of movies,” her agency said.

Ku is a multitalented entertainer who dabbles in painting as well as acting and directing.

On Oct. 31 her second feature film as a director, “Peach Tree” will open nationwide.