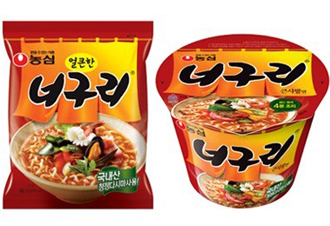 China's health authorities have ordered a recall of Nongshim Co.'s instant noodle products that were found to have been tainted in its home country South Korea, officials said Saturday.

China's General Administration of Quality Supervision, Inspection and Quarantine made the announcement on its Web site against six types of instant noodles products made by South Korea's largest instant noodle maker.

The affected noodles include popular Neoguri, bowl-type Neoguri and Saeng Saeng Noodle. They were found to contain benzopyrene, which could cause cancer.

According to the Korea Food and Drug Administration, these products contain as high as 4.7 parts per billion in their soup.

The KFDA earlier said the amount of benzopyrene contained in the products was minuscule and would not cause health problems. Nongshim also said its products were safe to consume and that it already destroyed all the raw materials in question.

Meanwhile, Nongshim's Shanghai subsidiary stressed China-produced products were not among the affected products.
It added that products from Chinese factories were sent to a third-party testing agency to detect any trace of benzopyrene.

Results from the tests will be made public as early as possible, it said.

Nongshim has three Chinese factories in Shanghai, Shenyang of the Liaoning province and Qingdao of the Shandong province. (Yonhap)