Korean films to shine at the City of Light

Korean films to shine at the City of Light 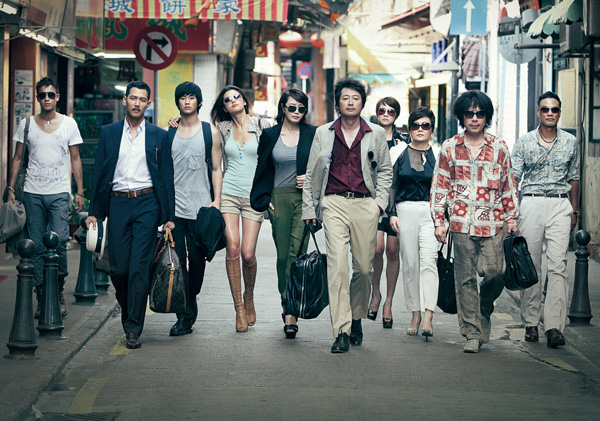 
The 7th annual Le Festival du Film Coréen à Paris will kick off today in the French capital and run until Nov. 6.
Over the next week, iconic Korean films ranging from classics, documentaries, animated films and experimental works will be shown. 24 features and 23 short films will be screened in total. Some major films to be shown include “The Crucible,” “The Taste of Money” and “War of the Arrows.”

The opening piece will be “Gwanghae,” starring Lee Byung-hun, while the closing film will be “The Thieves” featuring the all-star cast of Jun Ji-hyun, Kim Hye-soo and Kim Soo-hyun among others.

In the shorts segment, 10 works will compete against one another to win the “Fly Asiana Award,” which is being sponsored by the Korea-based airline.
In addition, director Kim Kyung-mook and composer Hyun Jung-jae have been invited to open the ceremony, while “The Thieves” director Choe Dong-hoon, producer Ahn Soo-hyun and actor Lee Jung-jae have been asked to take part in the closing ceremony.

Bae Yong-jae, a member of the film festival’s committee, said that this year they focused on bringing a diverse range of films to the event.
“After last year we have been receiving support from the Paris city government and this year we hope to win over the hearts of French cinemagoers.”