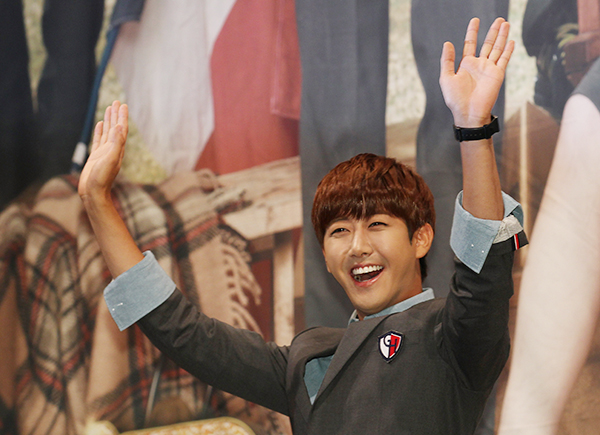 
ZE:A’s Kwanghee is contemplating whether he wants to co-host the MBC talk show “Knee-drop Guru” along with the show’s long time host Kang Ho-dong who will make his TV comeback next month.
According to Kwanghee’s spokesperson yesterday, the boy band member is currently in talks with the network and fine-tuning the details, although nothing has been signed yet.

The show was a popular segment within the “Golden Fishery” program but has gone off air since Kang went into tentative retirement last year over tax evasion charges.

According to MBC, both Kang and Kwanghee are fond of one another, thus chances are high that all will go according to plan.
Just as the news broke yesterday, Kwanghee’s prowess as a TV star was reiterated by a program on SBS.

On the morning show “good Morning,” special entertainment coverage on the 24-year-old went on air.
In a segment titled “Star Exploration,” Kwanghee’s appeal as an entertainer was discussed.
“When you talk to him you realize that he does have a mind of his own and he is brutally honest,” said a director from “Laws of the Jungle,” a survival program which the singer starred in this year.