Third weekend’s the charm for ‘Argo’

Third weekend’s the charm for ‘Argo’ 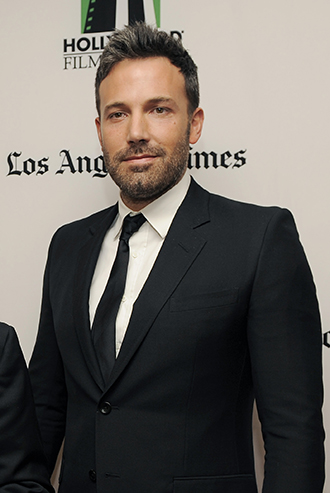 LOS ANGELES - It took three weeks, but “Argo’’ finally found its way to the top of the box office.

The Warner Bros. thriller from director and star Ben Affleck, inspired by the rescue of six U.S. embassy workers during the 1979 Iranian hostage crisis, made nearly $12.4 million last weekend, according to Sunday studio estimates. “Argo’’ had been in second place the past two weeks and has now made about $60.8 million.

Debuting at No. 3 was the sprawling, star-studded “Cloud Atlas,’’ which made a disappointing $9.4 million. The nearly three-hour drama, also from Warner Bros., was co-directed by siblings Lana and Andy Wachowski and Tom Tykwer and features an ensemble cast including Tom Hanks, Halle Berry and Hugh Grant playing multiple roles over six story lines.

Dan Fellman, head of distribution at Warner Bros., said the studio thought there might be a good chance of “Argo’’ coming out on top this weekend.

“We’re thrilled. An accomplishment like that is well deserved, they don’t happen very often. You would probably have to do a lot of searching to find a movie that opened in wide release to have two No. 2 weekends in a row and hit No. 1 in the third week,’’ Fellman said. “It’s a tribute to the film. Word-of-mouth has taken over the campaign. We have a long way to go, we have a lot of year-end accolades which will approach, and we’ll see what happens in terms of the Academy.’’