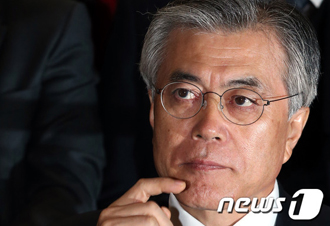 Moon Jae-in, the presidential candidate of the Democratic United Party, decided yesterday to accept the rival Saenuri Party’s demand to surrender the state subsidy for his presidential campaign if he drops out of the race in return for the voting hour extension.

“We decided that passing the bill on extension of the voting hours before the presidential election is the most important thing,” said Representative Jin Sun-mee, Moon’s spokeswoman.

“Now, Park Geun-hye and the Saenuri Party must cooperate sincerely to revise the law to extend the voting hours and pass the bill to take away the state subsidy for a dropout candidate.” 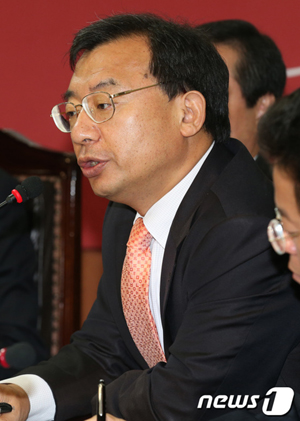 “Because protecting suffrage is more important than the party’s interests, Moon made a bold decision to accept the Saenuri Party’s demand,” Jin said.

“If the ruling party gives other excuses to avoid the voting hours extension and continues violating the constitutional rights of the people, Park and the Saenuri Party must take all responsibility.”

Extending the voting hours has been a sensitive topic in the political arena with less than 50 days left before the presidential election. As of now, voters have from 6 a.m. until 6 p.m. to cast ballots on Dec. 19. Election Day is a national holiday.

Moon and the DUP want voting to be extended to 9 p.m., and Ahn wants an extension to 8 p.m.

After the liberals pressured the conservative ruling party to accept the proposed extension, Lee Jung-hyun, chief public affairs official of the Saenuri Party’s election committee, responded Monday that they were willing to talk about it if the DUP agrees to a bill to require a presidential candidate to return state campaign subsidies if he or she decides to drop out of the race.

The move is aimed at the liberals’ strategy to pick either Moon or Ahn to run against Park in the race. The Saenuri Party pressured Moon to make a promise to give up the money if he forfeits the race so Ahn can represent the liberals to run directly against Park.

Under the current election law, a presidential candidate backed by a political party is eligible to receive a state campaign subsidy based on the number of lawmakers in the party. While Ahn is not eligible due to his independent status, Moon was expected to receive about 15.2 billion won ($13.9 million).

After Moon accepted the proposal to forfeit subsidies in return for the voting hour extension, Representative Lee Hahn-koo, floor leader of the Saenuri Party, said he opposes the idea. Lee told the Yonhap News Agency that it is natural for the legislature to stop the taxpayers’ money from going to a political party with no presidential candidate, but it is inappropriate to simply barter the two bills. “If the reason for voting on our extension is to improve the turnout, there are many ways to do it,” Lee told Yonhap. “We can discuss them widely at the legislature.”

He also said Lee Jung-hyun’s proposal of linking the two bills was not the party’s official position, and that the floor leadership was never consulted about it.