South Korea held its 44th round of Security Consultative Meeting with the U.S. on Oct. 24 and agreed to increase combined surveillance activities against the North and to continue promoting combined military exercises and trading events in the maritime border in the Yellow Sea, known as the northern limit line, or NLL. 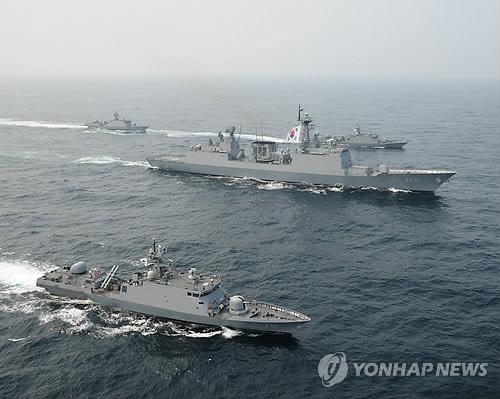 Calling the agreement an "evil plot," the North said through its news media Korean Central News Agency (KCNA) that the South's decision to strengthen joint military activities with a foreign country near the tense sea border area virtually constitutes "an explicit declaration of war" aimed at an invasion of the North.

"Severe repercussion the military collusion would result in should be kept in mind," KCNA said in a Korean-language dispatch.

Referring to the NLL, the de facto demarcation line drawn by the United Nations Command following the armistice ending the 1950-53 Korean War, the North said the line is "a ghost line unilaterally drawn by U.S. invader forces in a way that runs counter to the truce agreement."

The NLL recently became the hottest point of political strife between the ruling and opposition parties after a ruling party lawmaker revealed an allegation that late liberal-side president Roh Moo-hyun attempted to compromise the de facto border line during the landmark South-North summit in 2007 as part of his reconciliation efforts toward the North.

Last month, several North Korean fishing boats crossed the sea line into the South in a series of border violations, apparently designed to display the country's defiance of the demarcation line.

The sea border areas, rich in fishery resources, have often been a point of skirmishes, including the North's deadly shelling of the South Korean border island of Yeonpyeong in 2010. (Yonhap)