Kang Ho-dong to have a TV rematch

Kang Ho-dong to have a TV rematch 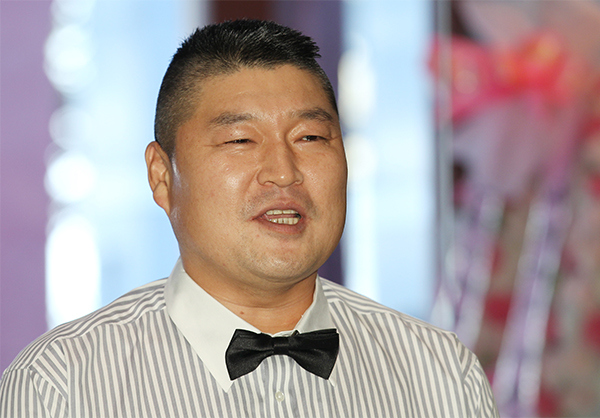 
Kang Ho-dong made a brief appearance on “Star King” on Saturday, as the ssireum (Korean wrestling) champion-turned-entertainer, known for his no-holds-barred sense of humor and demeanor, foreshadowed his return to television.

Saturday’s edition of the SBS program aired a preview video of next week’s episode, highlighting Kang’s comeback as the main moderator of the show.

“I missed you, the audience,” Kang said in the short video, before making a low bow. “I am happy for being able to stand on a stage.

Kang, 42, who was one of the country’s most popular and expensive entertainers, went into “tentative retirement” in September 2011 after being found guilty of tax evasion.

As the public anger subsided, he announced his return at a press conference on Oct. 29.