‘Fun’ best sellers are a big switch for Justin Cronin

‘Fun’ best sellers are a big switch for Justin Cronin 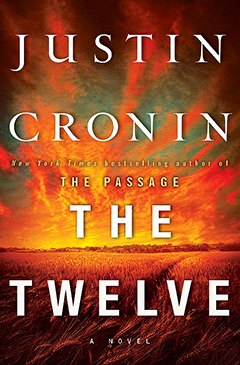 
Justin Cronin was writing literary fiction when he and his daughter, then 8, dreamed up a vampire trilogy set in a post-apocalyptic world just for fun - until he belatedly realized what they’d put together, and sat down to write.

Cronin said he’s still a little astonished by the success of “The Passage,” which began the series, and now “The Twelve,” which just came out last month, both of which have been best sellers.

Cronin spoke with Reuters about the book and what it was like to make the transition from literary fiction to genre writing.


Q. I hear the inspiration came from your daughter? 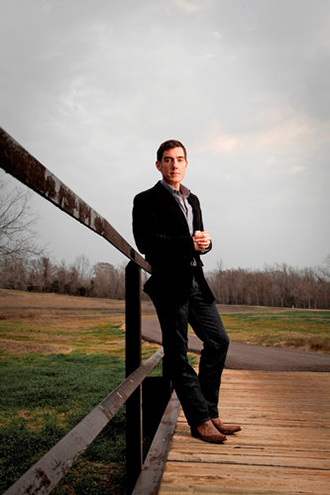 A. The conversations that I had with my daughter were where we assembled the plot together, with only two rules, which were: everything in the story had to be interesting, and it had to have one character with red hair, because she has red hair. I think there are two things that made it work so well. One was that she’s my daughter, we have a lot of chemistry, we’re close. She’s very smart, she’s very well-read. She was 8 years old at the time, but she was a kid who read a ton that early.

The other thing that made it work well is that I had no intention of writing these books. We were just having fun.

All the inner critics were silent; they had been sent out of the room. We made a great story. My intentions with this were simply to have a good time, and then I looked up and said, oh my, look what we have. It’s fantastic, I’m going to write this.

Did it take a lot of time to go from having fun to actually writing it?

There was almost no gap. We spent three months together doing this, always in motion. I was jogging, and she came on her bike beside me, and we spent an hour doing this. Monday through Friday, something like that. We’d pick up where we left off the day before and just keep kind of spitting it out, trying different ideas and throwing other ideas into the ditch.

Then it got cold, it got dark early and the bicycle went into the garage. I said, this is good material, I don’t know what I’m going to do with it but I should at least write it down for some future use. So I sat down at my computer and I looked up a few days later and I had 30 pages of notes, I had a really complete outline.

I said wow, how often does this fall into your lap? But the book still didn’t have a voice, I didn’t know how it would sound. So I sat down and said look, I’m just going to write a chapter - and there was another chapter, and then another chapter.

So it was a gift.

Yes. I don’t want to say it came from above, but it felt like that.

Was it all smooth sailing?

Every book has got its challenges. You run into a plot point that you can’t figure out, or a scene that you struggle to write and have to write 50 times. Writing is 10 percent inventiveness and creativity, and 90 percent stamina, especially for long books like these. Of course there were bumps in the road, there were days when I was frustrated, but for the most part the thing was a gas to write, and that was true for the second book as well. I hope it’s true for the third.

What’s it like to go from literary to genre fiction?

The question that I had going into this was, would I write differently, given the fact that I was going to write a book that had certain kinds of plot elements that I’d not worked with before - a lot of action sequences, things like that.

And what I found very quickly was, you write how you write. I didn’t end up writing differently from the way I would write anything, my interests were roughly the same.

I had a very robust plot to work from, which was a gas, but I realized very quickly that I was writing about people, and the things that are important to me. Things like the bonds between parents and children - I’m a dad, so that comes up everywhere.

What I had was a great way for exploring this stuff, because it seems true to me that people who are running for their lives can’t help but be themselves. It’s just a characterization tool.

Was that kind of transition easy all the way?

I had to learn how to do some new stuff, basically the big action sequences. I wanted to write some scenes in which simply enormous events occur, with a lot of kinetic energy - a runaway train.