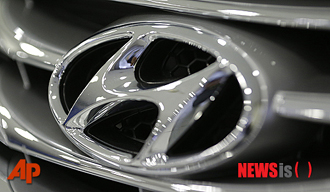 After Hyundai Motor and its sister company Kia Motors were reprimanded by the U.S. Environmental Protection Agency (EPA) over the weekend for overstating the fuel economy ratings of their vehicles, questions have arisen as to whether they also inflated the gas mileage on their cars sold in Korea.

The two affiliates of Hyundai Motor Group said last week that they will reimburse North American consumers and restate mileage estimates for the affected models following the EPA investigation.

Both carmakers acknowledged that 13 of their models actually delivered one to six fewer miles per gallon than claimed. The world’s fifth-biggest carmaker by sales said the fuel economy on their models would fall by an average of 3 percent from 27 to 26 miles per gallon.

After the news broke, Korean consumers became anxious as to whether they too had been duped. However, the automaker claimed the situation is different in Korea as fuel economy is measured in a different way from in the United States.

“We have different interpretations of certain resistance factors,” said an executive from the company. “Each country has different measurements and procedures, and we are confident that we have fully satisfied the local regulations in Korea.”

Hyundai said its rating adjustments in the U.S. are “the result of procedural errors” during a testing process known as the “coast down” technique, which simulates frictional losses from tire-rolling resistance and the drivetrain encountered in real-world driving conditions under the EPA guidelines.

Before being allowed to sell their vehicles, all local automakers or importers of foreign cars have to file fuel-efficiency test results to the Korea Energy Management Corporation (Kemco) after they conduct the tests themselves or have them carried out by one of three government-approved agencies. Kemco bases its approvals on guidelines set by the Ministry of Knowledge Economy.

Hyundai said the local regulations are thorough and possibly even stricter than in other nations, so there should be no inaccuracies concerning the stated fuel efficiency of automobiles sold in Korea.

From this year, the government has introduced a new way of testing cars in five different modes of operation, including at high speed, in extremely cold temperatures, and when driven with the air-conditioning system operating.

While the latest blow from the U.S. has cast doubts on Hyundai’s credibility, some Koreans expressed their anger on portal sites at how Hyundai treats local and U.S. customers differently.

Last month, the Korea Consumer Agency advised Kia to reevaluate its K5, a mid-sized vehicle, after receiving many complaints from consumers that the engine can cut out suddenly. But the automaker refrained from issuing a recall and made no apology, merely saying it would fix the problem for those who bring their faulty vehicle to one of its repair shops.

However, for North American consumers, it pledged this weekend to give them debit cards to make up the difference in fuel cost. It also issued a pubic apology. Average payouts to customers will reportedly cost between $85 and $95 per car owner each year.

“Hyundai and Kia reacted very fast to the fuel-economy problem in the U.S., but why are they ignoring an issue back home related to driver safety?” one netizen wrote on a local portal. “I wonder what these companies would do if such an incident happened in the U.S.”