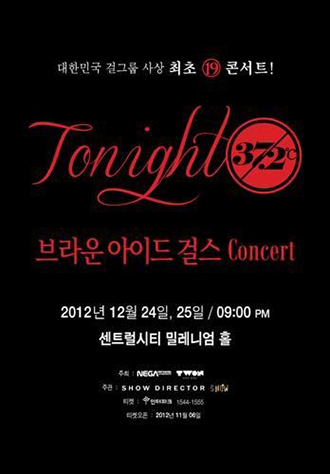 In a first by an idol group, Brown Eyed Girls will put on an adults-only show for its Christmas concerts to take place next month.
Nega Networks announced on Nov. 7 that the girl band’s show “Tonight 37.2 degrees Celsius” will take place at Millennium Hall in Banpo-dong, southern Seoul, on Dec. 24 and 25.

“The temperature denotes the body heat generated by lovers [at 98 Fahrenheit],” said spokesperson from the agency.
“This is the first time that a K-pop group is trying out a themed concert,” added the spokesperson.

The four members will utilize props and costumes to tell 4 different stories about love. A DJ has also been recruited to make it a fun party for all.
By Carla Sunwoo [carlasunwoo@joongang.co.kr]