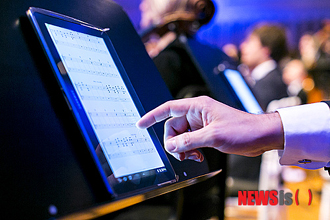 Apple added the Galaxy Note 10.1’s operating system to an existing patent lawsuit at a federal court in San Jose, California, on Tuesday.

This is the first time that the American tech titan has made an issue out of the Google-made operating system used in a Samsung Electronics device.

The combined smartphone and tablet, which comes with a stylus for drawing pictures and making memos on the screen, went on sale in the United States in August.

The model, which competes most directly against Apple’s iPad, is powered by the Jelly Bean 4.1 operating system, Google’s latest OS that also runs on Google’s Nexus 7 tablet PC, which was released in June. 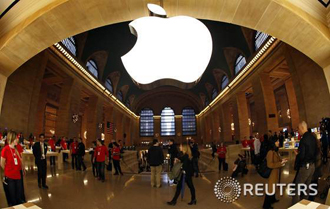 Apple has recently seen its share of the tablet PC market tumble to the 50 percent range from a peak of 70 percent.

The Galaxy Note 10.1 builds on Samsung’s Galaxy Note 5.3, a stylus-equipped smartphone that came out earlier this year.

The case is scheduled for trial in 2014.

Apple’s expansion of its legal claim against its Korean archrival follows Samsung’s move to add patent-infringement claims against the iPhone 5 in the same case, filed on Oct. 1. The two IT giants have been locked in legal battles around the world since April 2011.

Meanwhile, an open letter on a blog from a journalist and former Apple fan to Tim Cook complaining about Apple’s latest operating system has been circulating around Cyberspace and triggering debate.

Ed Conway, an economics editor for Sky News in the U.K., wrote on his blog on Oct. 31 that Apple’s iOS 6 is “truly, truly awful.”

He also made harsh comments about a series of Apple applications and developments ranging from the new map system to iTunes Match, Facebook integration and the Siri assistant program, saying he has traded in his iPhone for a Samsung.

The journalist also came up with a punch line that says Apple is “not cool anymore.”

Conway wrote: “The fact is that Apple used to be edgy; it used to be associated with the counterculture; it used to be rebellious. I liked that. I liked the fact that you were uncompromising .?.?. These days, you’re all too ready to compromise.”

Conway advised Apple do something special again like in the days of the late co-founder Steve Jobs.

“Reinvent the TV,” he wrote, “like you reinvented the phone. Revolutionize finance. Overhaul the home entirely. Think Different - as your predecessor Steve Jobs used to say.”