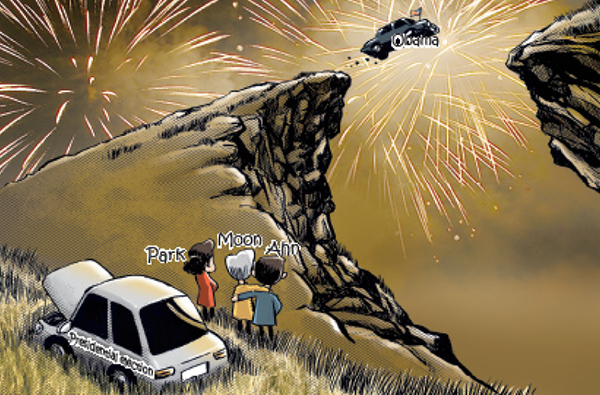 As the re-elected Barack Obama will have to get across the so-called Fiscal Cliff in the U.S. in the next few weeks, Korea’s presidential candidates - Park Geun-hye of the ruling party and liberals Moon Jae-in and Ahn Cheol-soo - should think about the repercussions of their populist welfare promises.