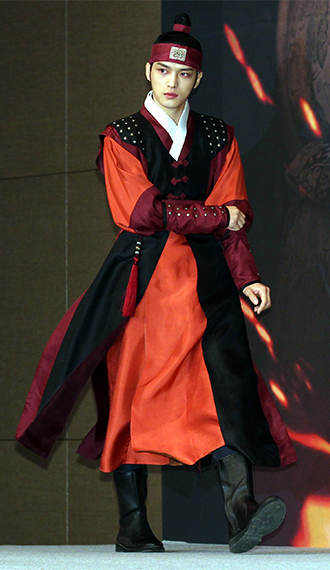 The film “Jackal is Coming,” starring JYJ’s Kim Jae-joong, has already been sold to six nations, despite the fact that it hasn’t even opened in Korea.

The movie is set to open Nov. 15 but this fact hasn’t hindered distributors from Japan, Thailand, Singapore, Indonesia, Malaysia and Brunei from signing the rights for the movie in their countries.

As one distributor said, “Kim Jae-joong is the most popular K-pop artist in Japan, and as it is his first cinematic work, it will be huge in Japan.”

The film is a comedic piece about a top assassin and a mega star whom she kidnaps. Song Ji-hyo plays the killer while Kim plays the A-lister.