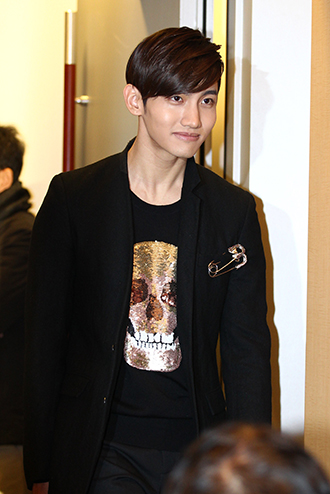 TVXQ’s Changmin has been nominated for an award for his performance in the Japanese movie “Run With the Gold.”

Competing in the “Best New Talent” segment at this year’s Hochi Film Awards, Changmin is the first Korean entertainer to be recognized by the show hosted by the Hochi Shimbun newspaper.

The ceremony is next month.

In the action film based on the novel by best-selling writer Kaoru Takamura, the plot revolves around six men in a race against one another to get their hands on gold.

Chagmin plays a North Korean spy named Momo, who lives in disguise as a foreign exchange student studying engineering at a college in Japan.

According to Dispatch, critics were won over by the Korean singer’s ability to take on the Osaka dialect.