“Faith” to air in Japan from December

“Faith” to air in Japan from December 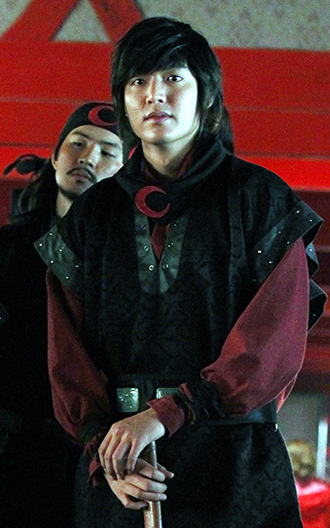 The period drama “Faith,” which starred Lee Min-ho and Kim Hee-sun, is set to air in Japan from Dec. 15.
The program will air through smartphone broadcaster NOTTV on Wednesdays and Thursday.

The show is a time-travel drama that revolves around a warrior from the Goryeo period, played by Lee, and a present-day doctor played by Kim.
It was directed by Kim Jong-hak, who has also directed “Hourglass” (1995) and “The Four Guardian Gods of the King” (2007).

Meanwhile, the show’s starlet Kim was recently awarded “Icon of the Year” at the ninth annual Cosmopolitan Asia Beauty Awards in Shanghai.
Her role in the drama was her first TV work in more than five years.