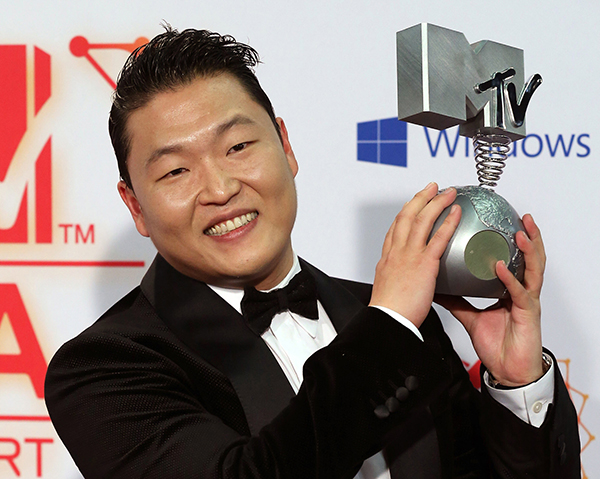 
According to People magazine, Psy will take home the New Media award Sunday at the 40th American Music Awards.

The publication’s Web site said, “He will receive a trophy for his hit single - which has now racked up more than 717 million video clicks - during 2012 AMA pre-show.”

The pre-show will stream live on YouTube and other partner sites starting at 5 p.m. The main ceremony will air at 8 p.m. on ABC, during which the 34-year-old Psy is scheduled to perform.

In other Psy news, the British tabloid The Sun also reported a few days earlier that Justin Bieber was most likely to appear in the Korean rapper’s next song.

Apparently, when he was asked if there would be any big-name help on his next release, Psy replied, “I cannot tell you about who it’s gonna be with, but I’m working with someone else right now and it’s going to be huge.”