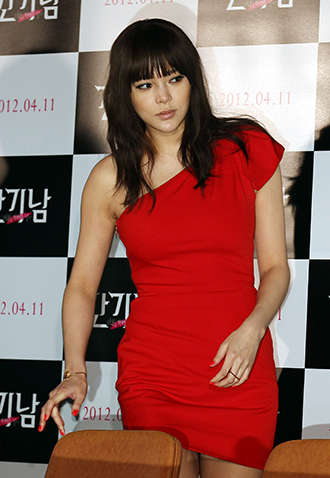 Actress Park Si-yeon, who has risen to prominence for the drama “The Innocent Man,” will take on some more noble men by appearing in her first Hollywood film “The Last Knights.”

Eyagi Entertainment yesterday said Park will take part in the collaborative film starring Clive Owen and Morgan Freeman. It will be directed by Kazuaki Kiriya of Japan and follows the story of a band of warriors who seek to avenge the death of their master.

Benedict Cumberbatch, who shot to fame from the British TV series “Sherlock”, will also take part as one of the bad guys.

Set in medieval times, Park will play the role of one of the wealthy women who symbolizes corruption.

Another Korean actor to get on board the project is Ahn Sung-ki.

Filming has begun for the production in the Czech Republic, and the work is scheduled to be released late next year. Park will leave for Europe next month.

Her time in New York as a college student is said to have helped Park tackle the English-language script.