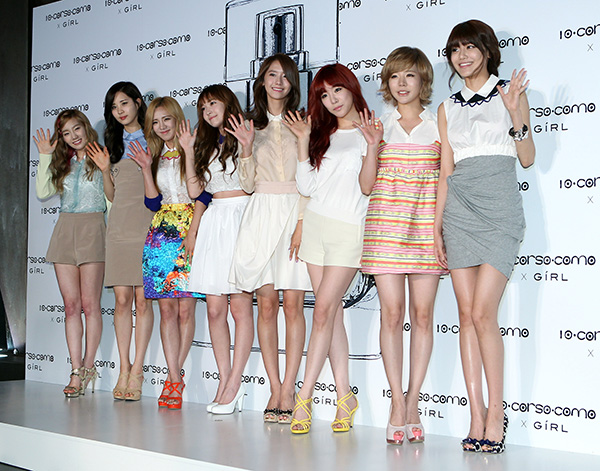 
The Observer took note of Girls’ Generation by claiming that the girl group will relay the K-pop flame ignited by Psy a few months ago.

In the Saturday edition of the British newspaper, an article headlined “After Psy’s ‘Gangnam Style,’ here come Korea pop princesses Girls’ Generation” said “the highly polished band with a penchant for unfeasibly tailored hot pants” is at the crest of the Hallyu wave.

The article said the band has sold more than 4.4 million albums and 30 million singles since its debut in 2007 and that the Girls’ upcoming sixth album will be a hit.

“Tentatively due for release next year by Lady Gaga’s label, Interscope, the album will mark the group’s first serious effort to court English-speaking music fans. The women, all aged between 21 and 23, are the obvious choice to take up Psy’s mantle in the U.K.,” claimed The Observer.

The group’s potential in appealing to English-speaking markets was also examined by various music insiders: all seemed to agree that the upcoming album will be a hit.