T.O.P to star opposite Kim Tae-hee

T.O.P to star opposite Kim Tae-hee 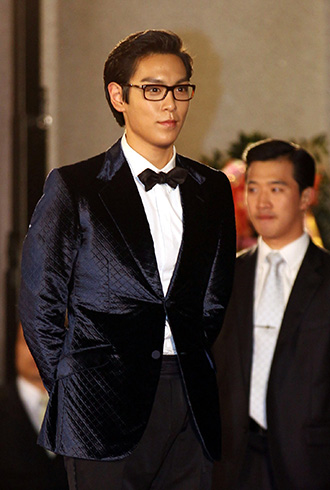 Although nothing’s been signed, a representative from YG Entertainment said yesterday that Big Bang’s T.O.P may be in next year’s period drama “Jang Ok-jung.”

“I can’t tell you too much, but if he takes the offer, he will be playing a lead to rival that of Kim’s,” said the source, who added that T.O.P is being careful with his decision as he is currently involved with a movie as well as touring with his band.

If the boy band member takes the role, it will be his first period piece, although he’s taken on a variety of other TV characters.

Currently he is filming “The Alumni,” in which he plays a teenaged assassin from North Korea named Myung-hoon who has been assigned to kill someone in order to save his sister.

Big Bang recently wrapped up its Americas tour, having performed in the United States and Peru.

The finale was in Lima last Wednesday where more than 10,000 people turned up to catch a glimpse of the Hallyu boy band.