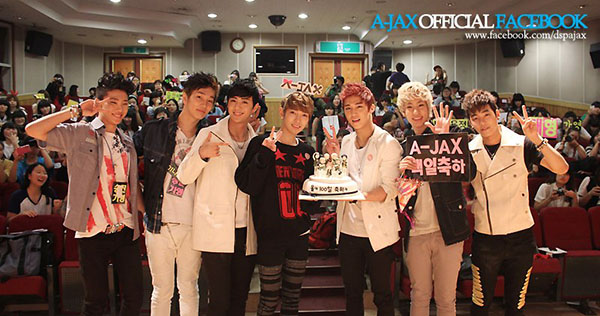 
Newbie boy band A-Jax had some teenage girls in a frenzy when they hit the airwaves of some 40 schools’ public announcement system.
A message from the boy band, one geared toward promoting its new single “2MYX” as well as information regarding its guerilla gig was advertised through the announcement at some selected middle and high schools in the nation.

Currently the group is holding a draw where one lucky school will be picked as the venue for the group’s surprise concert.
By Carla Sunwoo [carlasunwoo@joongang.co.kr]